Raspberry Pi and NVIDIA Jetson Nano are the most well-known devices for AI development projects. In March 2019, NVIDIA released the Jetson NANO developer kit, which is an ideal, affordable manual smart computer for manufacturers, DIY, students, and other embedded developers. Since then, the Raspberry Pi also released a new product, the Raspberry Pi 4, which made a full range of performance improvements compared to the 3-generation Raspberry Family.

Upon initial comparison, it appeared that they basically have the same features, with the Nano having an additional dedicated GPU on the board. Let’s compare the two boards and see what all the differences really are. This will be helpful for you to make a decision on the development project.

The Raspberry Pi 4B is a “plug-and-play” board computer, which is also a good starting point for learning AI artificial intelligence projects. Based on the Linux operating system, you can use a large number of Linux-free software and tools.

Raspberry Pi 4B is suitable for people of all ages, such as programming languages like Python. At the same time, it can also do everything you expect, like browsing the web, playing HD video, making spreadsheets, performing text processing, and playing games.

The above is the main difference between the new RASPBERRY PI 4 and the old Raspberry PI 3. Compared with the old motherboard, the new version of Raspberry PI 4 has higher processing capabilities and other advantages.

Jetson Nano development board is also a powerful small artificial smart computer, which only needs to insert a MicroSD card with a system image to start, built-in SOC system-level chip, can have a parallel hand, such as Tensorflow, Pytorch, Caffe / Caffe2, Keras, MXNET and other neural networks that can be used to achieve functionality such as image class, target detection, speech segmentation, and intelligent analysis. Usually used to build autonomous robots and complex artificial intelligence systems.

The following is the core specification of the NVIDIA Jetson Nano Developer Kit:

See the table below for specific parameters:

According to official information, Raspberry PI 4B Cortex-A72 is about 50% faster than the previous generation of Raspberry PI 3 B + Cortex-A53 processors, while NVIDIA Jetson Nano is located between the Raspberry PIs between two generations of CPUs.

In fact, they are actually very similar in primary functions, and all can develop some special functions, such as ARM processors, 4GB RAM, and a series of peripherals.

The biggest difference is that the Raspberry Pi has a low-power VideoCore multimedia processor, and Jetson Nona contains higher performance, more powerful GPUs (graphics processors), which makes it support some functions that Raspberry Pi Can’t do. Then Jeston Nona makes some more depth developments possible and have more potential in development.

The main features of Raspberry PI 4 and NVIDIA Jetson Nano are very similar. And the above is not a full function list, so there are some differences that do not appear in the above table. Like the Raspberry, Jetson Nano also has complete communication connectors, like GPIO, I 2 C, I 2 S, SPI, and UART.

First, the easibility, of Raspberry Pi will be more suitable for a beginner.

The Raspberry Pi 4B is easier and with more resources, which is suitable for most people. You can easily find a solution for most problems. If you are new to the artificial intelligence field or want to start a small project for competition, build a platform, or use it to learn Python programming, the Raspberry Pi will be a better choice. As there is more information on the website and it’s relatively easy to get on.

Jetson Nona’s performance is superior to the Raspberry Pi, which is very advantageous in AI and deeply learned. If you need to build an AI or a machine learning project, Jetson NANO with full GPU may be the most ideal choice. But it will be more difficult to get started and require a certain basis. If you want to learn deep AI learning, the practicality of Jetson Nano will be bigger, whether it is a robot, aircraft, or intelligent car, the Jetson Nano will work better than the Raspberry.

On Jetson Nano, users can match the NVIDIA TENSORRRT reasoning engine, the optimization of mixing accuracy, which easily pushes up the reasoning performance again. With NVIDIA supports Caffe, Tensorflow, and Torch’s Digits Depth Learning Server, users can easily train their (or others), and easy to transplant them to Jetson Nano to execute the exclusive application, this has the opportunity to reduce the developer’s 70 % R & D time.

After the comparison, the features provided by Raspberry Pi 4 vs NVIDIA Jetson Nano are almost identical. You should consider the hardware specs, and of course, price to determine which board best fits your needs. Both of these boards run Linux and have pretty much the same capabilities, but if you need to build Artificial Intelligence (AI) and Machine Learning (ML) projects, then the NVIDIA Jetson Nano has a full-blown GPU and will likely be the board chosen.

Want to join the discussion?
Feel free to contribute!

Everything You Need to Know About China Sourcing Agents 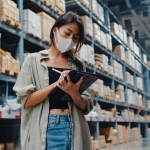